Edgar Wright’s 6th feature film offering Baby Driver only recently graced the screens of South Korean cinemas where I had the chance to catch it, months after it was released in Ireland, the UK, & the United States; as I had expected, I was completely blown away by it.  Seeing an Edgar Wright film, the first since 2013’s The World’s End, it was easy to fall back in love with Wright’s film-making all over again, like coming home to a long-time lover.  The style, the sensibility, the characters, the humour, everything that you’d expect from a movie bearing Wright’s name is there in abundance for the audience to enjoy.  Even when transported from his native home of England, where most of his movies have been set, Baby Driver doesn’t see Wright abandon his unique charm and style in anyway.

Watching Baby Driver made me wonder what could have been in the case of Wright’s Ant-Man film, which eventually went on to be directed by Peyton Reed, who did a perfectly fine, if rather workmanlike, job on the film.  If one thing is true of Wright’s abandoned film, it would have been anything but ordinary.  Looking through Wright’s back-catalogue all of his movies are unique and stylistically suave, while Marvel Studios’ collection of movies have been criticised in the past for being too similar in style, tone, story etc… Wright’s movie would have retained his stylistically unique film-making techniques, but it would have been transplanted over a Marvel intellectual property.

It could have been truly wonderful, and what’s worse still for fans of Wright’s work is that the finished Ant-Man movie has evidence of Wright’s fingerprints all over it.  The most noticeable scene being the Thomas the Tank Engine scene in Scott Lang’s daughter’s bedroom, which was impressive in the finished film,  but one can imagine how different that scene would have looked in the hands of Wright.

Wright’s exit was part of a worrying sign of how creative and adventurous film-makers are being shafted in Hollywood in favour of safe hands.  This is certainly proving to be a problem with Lucasfilm and their handling of the future Star Wars movies.  Already there has been massive problems behind the scenes, with Phil Lord and Chris Miller who were fired from the Han Solo movie because their style clashed with the model being pursued by Kathleen Kennedy, who brought Ron Howard aboard to finish the film.  This has repeated itself again recently with the firing of Colin Trevorrow from Episode IX in favour of J.J. Abrams, the very definition of safe hands, who, in my opinion, played The Force Awakens far too safe.

Hopefully Wright will get the chance another big-budget movie in future, whether that be a Star Wars movie or a DC movie; although, seeing how those production studios seem to have problems committing to directors, the prospect seems unlikely.  At least we have Wright’s passion project Baby Driver to enjoy until he trills us again in the future.  Never change for the studios Edgar, let the studios change for you. 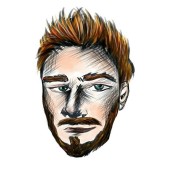