What’s the only thing better than watching Batman ride a dinosaur? Having Greg Capullo draw it.

If that’s not enough for you, imagine this tale being plotted by superstar writer Scott Snyder. Still not hooked? The duo, which wrote and drew nearly every New 52 Batman issue, now has the entire Justice League to play with.

And what a ride it is, beginning with the opening page of Dark Nights: Metal #1, which immediately jumps to the middle of the action. The league forced to battle a legion of Mongul’s robotic minions. Normally Superman, Wonder Woman and the team would make short work of the baddies, but each hero is handicapped with a metal device that is hampers their super powers.

Metal, of course, is at the heart of the story. Nth metal gives different super powers to each person who encounters is. Some receive eternal life; other get mystical visions. But Snyder makes a pun of the word, invoking a rock band, from the clever band-like names on the introduction page (John “Damage” Romita Jr.) to the promotional pieces, which look like a concert tour poster.

This DC event has been on Snyder’s mind for a long time, and he laid the foundation for years when he was writing the main Batman book. Not surprisingly, he’s in top form, mixing action and exposition – as well as a bombshell or two.

Likewise, it’s incredibly rewarding to see Capullo drawing not only the Caped Crusader, but the rest of the league, from Aquaman (the butt of a harpoon hand joke) to Cyborg (who utters a gleeful “Boohay!” during a battle). Capullo must have been equally gleeful when working with Snyder on the outline that had him rendering everything from aliens to robots to dinos.

The limited series – as well as several one-shot companion pieces – runs through February. So we have a long time before we learn the mysteries of the dark multiverse and Nth metal

If you were to ask hardcore DC readers who their favorite creative team is, you’d no doubt hear Scott Snyder and Greg Capullo’s names come up. A lot. Snyder and Capullo were killing it with New 52 Batman at a time when many of the DC titles were struggling. The Court of Owls, Zero Year, Death of the Family, Superheavy… Some of the Caped Crusader’s most memorable story arcs come out of the Snyder/Capullo run.

In Dark Knights: Metal #1, Scott Snyder and Greg Capullo pick up their weird voodoo connection like they never stopped working together. Metal has everything you could ask for in an event. The branding is cohesive, from the brilliant cover imagery to the event checklist in the closing pages in the style of a $37.50 tour Tshirt. The lead-in one shots were solid on their own, but also provided groundwork and exposition for this first official chapter.

The action in Metal #1 starts right up and doesn’t quit. Scott Snyder’s script bounces all over the globe after the team deals with a crippling situation off planet, which may or may not include a giant Justice League Voltron suit and bad puns. With all the smash cuts and scenery changes, you’d expect a few “lost” moments, but this is Scott Snyder. He does an excellent job bringing the reader along for the ride.

Greg Capullo matches Snyder’s pace visually beat for beat. With all the action and set pieces, Capullo uses a few clever tricks with perspective and layout to keep everything straight. The panels, gutters, and drop shadows all contribute to the energy of the story.

Everything about this book makes me want to buy the next book.

I didn’t know what to expect when I came into Metal #1. The Forge and The Casting gave plenty of hints, but what Scott Snyder, Greg Capullo, John Glapion and team have put together here is on another level entirely.

After a wonderful pre-credits scene involving the League and a Justice League Voltron, we dive right into the larger mystery at hand, in the biggest way possible- an entire MOUNTAIN has appeared in the middle of Gotham City, and it’s tied into Batman’s investigation into the Nth Metal. From there, the League comes in conflict with the Blackhawks, and Batman ends up confronted by a mysterious stranger.

Snyder creates a fantastic story here. The initial action scene is a great prep to the bigger mystery, and gives the League an interesting reason to be all together. It’s just plain fun too. I mean, outside of the DTV Lego Justice League movies, who would have thought we would have seen a Justice League-Voltron? And in continuty no less!

A lot of people are talking about the big last page return, but it also speaks to Snyder’s story when that spoiler is the least exciting character return in the issue. He’s also making Hawkman cool for the first time since Geoff Johns wrote the character 16 years ago. In all of this, the character interactions are spot on, from Wonder Woman leading the League to Clark and Bruce’s small asides throughout.

My story quibbles are minor. Using Hal Jordan instead of current League-resident Lanterns Simon Baz and Jessica Cruz is a bit confusing, and a few of the character cameos may go over the heads of more casual or newer DC readers.

Capullo returns to the DCU as if he never left, and Glapion continues to enhance his pencils. Every scene is dynamic and exciting. The Leaguers get the most face time, and they duo know how to land each one’s personality and body language. I really hope that Snyder and Capullo are the creative team taking over Justice League after Brian Hitch’s run is over, because they know how to kill a League story.

In all, a great book from DC, and a great kick-off to this event. 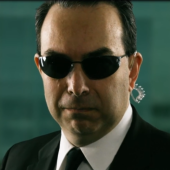