Thor was strategically withheld from any action in Captain America: Civil War, meaning he never got to meet the new guys: Spider-Man and Black Panther. Now, thanks to last weekend’s San Diego Comic-Con, he’s finally had chance to cross paths with the King of Wakanda – not only that, but the entire cast for the upcoming movie too.
San Diego Comic-Con, also referred to as SDCC, has the ability to create these awesome moments each year it’s held, as studios take their movies to the event to share parts of it with their most enthusiastic fans. Fortunately, thanks to THR, we’re able to see the incredible amalgamation of the Black Panther and Thor: Ragnarok cast in a couple of photos! Check them out below.

You should be familiar with members of the Thor: Ragnarok already, namely Chris Hemsworth, Mark Ruffalo, and Tom Hiddleston, who play the title character, the Hulk, and Loki respectively. Along for their wacky space adventure is Jeff Goldblum as the Grandmaster, Karl Urban as Skurge, and Cate Blanchett as the intimidating Hela.

The cast of Black Panther is just as impressive, featuring the return of Chadwick Boseman as T’Challa himself. He’s joined by Lupita Nyong’o as Nakia, Andy Serkis as Ulysses Klaue, Forest Whitaker as Zuri, Daniel Kaluuya as W’Kabi, Danai Gurira as Okoye, Letitia Wright as Shuri, Winston Duke as M’Baku, and Michael B. Jordan as Erik Killmonger.

Thor: Ragnarok is directed by Taiki Waititi and is set for an October 27 release in the UK. Meanwhile, Black Panther will release later on February 9 2018, with Ryan Coogler at the helm. 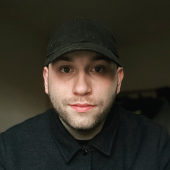 The Return of Wet Moon