If the Ace Attorney series crossed over with The Hunger Games, you’d probably end up with something akin to Danganronpa V3: Killing Harmony. This surreal take on the murder-mystery genre of visual novels is a welcome respite from a gaming year that has been largely dominated by action-fuelled titles. The premise will be familiar to many. A group of young students, all experts in their respective fields, is kidnapped by the impish Monokuma and his demonic offspring: the Monokuma Kubs. Trapped in a prison school, the students’ only chance to escape is to kill one another without getting caught. The survivors must put on a classroom trial to uncover the true killer if they are to survive another night in the Ultimate Academy for Gifted Juveniles.

Danganronpa originated on the PS VITA before migrating to PC and eventually PS4 earlier this year. An anime exclusive sequel to the first two games in the series purported to close the book on the first arc of the series, but here we are with Danganronpa V3 acting as an opening chapter of a new soft reboot for the series. It is a serviceable jumping on point, but for the fully experience some background gaming is required.

There are three core stages of gameplay; school-life, investigations, and classroom trials. You’ll spend a good chunk of your days interacting with your fellow students and learning about their backgrounds. This eclectic mix of over-achievers range from the charming, the annoying to those just love to hate. Much like the Persona series, the more time you spend with a character the more your relationship with them blossoms and so too does your array of bonuses/skills. You could get really invested in a character only for them to be killed off or even worse, revealed to be a killer all along. It’s these connections that will propel you through the investigation portions of the game as your search for clues in first person and interrogate those around you.

The meat of the game continues to be the classroom trials. Once you’ve investigated your classmates murder, the survivors will take part in a debate to determine the identity of the culprit. The catch being, of course, that one of them is the murderer and everyone’s life is on the line. Few games manage to capture the intensity of oral argument as well as Danganronpa V3. Through logic puzzles and high-octane mini-games of varying enjoyability you’ll pick hole in their theories until one truth prevails. In a post-truth world, the ability to lie adds an exciting new element to these debates, but the risks greatly outweigh the rewards. The Mass Panic Debates also wonderfully reflect the nature of modern discourse as each character begins to shout over each other making the truth all that harder to grasp. The developers have very much taken an “if it ain’t broke, don’t fix it approach” to these segments. It’s the safest choice given the series enduring popularity, but I couldn’t help but feel that we’ve been there and done that.

From a presentation perspective the game utilises a mix of anime and pop-up aesthetics for its character designs. The Hot Topic-esque visuals really extenuates their quirks and tells a story of itself. This applies to both the students and the chaotic Monokuma Kubs. Danganronpa V3 isn’t pushing the hardware to its limits, but it doesn’t need to. It survives on the strength of its storytelling and the addictive quality of its classroom trials.

The best thing that can be said about Danganronpa V3 is that its more Danganronpa. The strong writing that has allowed to series to endure shows no sign of waning. It’s weird, witty, and wacky, but that’s why we love it. 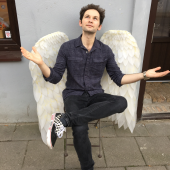